Unlike paper, wood and organic waste, plastics do not bio-degrade easily. That means plastics will eventually end up somewhere if not incinerated.
Did you know that the cumulative plastic waste generated in 2002 was 164Mt, 2,300Mt in 2012 and 5,413 in 2022, according to the Forecasts extrapolated from Geyer et al. (2019) and PEW and SYSTEMIQ (2020).

Where did all that go? 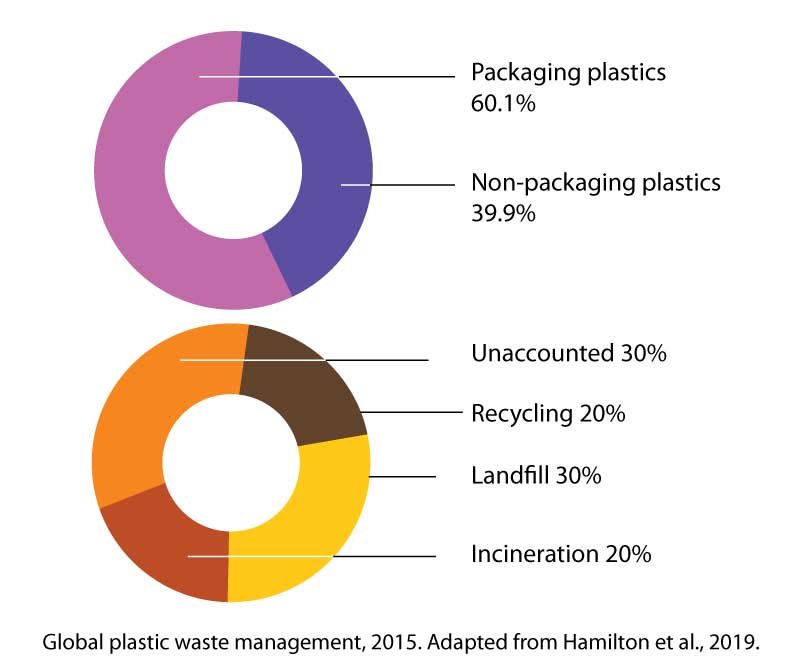 Here are some common methods of plastic waste disposal.

This is the burning of waste. It is a popular method because it reduces the amount of the waste material by about 80% to 90% and uses very little space as a result. In large scale incinerations, the heat can be used to generate power, but the effect on the environment and atmosphere are seriously concerning. Burning emit hazardous emissions and detrimental constituents, including particulate matter, dioxins, CO, metals, and volatile organic chlorides.

Landfill is an old technique where waste is dumped in a location and left to decay. Unfortunately after the industrial revolution there are more non-biodegradable components in waste and hence the material stays in the landfill for a long time before they breakdown. Plastics do not biodegrade and together with other elements and chemicals, they pose a dangerous hazard to the land on which they are located. Toxic leakages are filtered into the ground whiles some also run off into water bodies.

In many advanced areas, pyrolysis is a common technique used to convert plastic waste into energy, in the form of solid, liquid and synthetic gaseous fuels. High temperatures are used to degrade plastic waste in the absence of oxygen. Unlike incineration, this technique is known to be non-toxic and has non-environmentally harmful emissions.

Our research for this topic included these sources: