What is Nekton in aquatic ecosystems?

Nekton includes almost all swimming organisms that live in water. Nekton is heterotrophic (that means they depend on others for food); and also may be herbivores or carnivores. Smaller forms of nekton depend on plankton for food. Larger animals depend on nekton and other small animals for food. 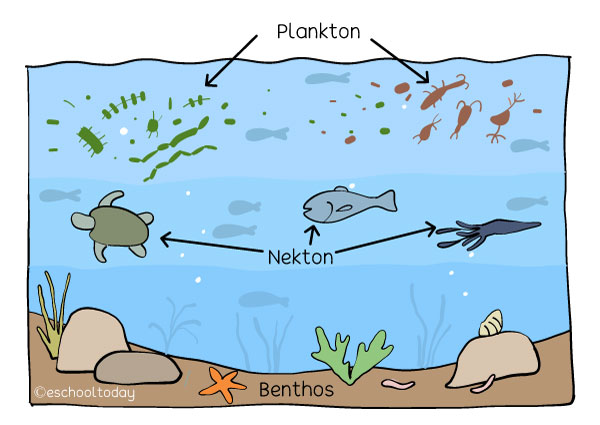 Nekton can be vertebrates, such as fish, marine reptiles, seals, squid, and even whales. They may also be invertebrates, such as shrimp Mollusca.
Nekton in ocean waters, freshwaters, and estuaries have a vital function in their ecosystems. They provide the food needed for carnivorous fish, mammals, birds, and humans that live close to these waters. Also, their droppings and carcasses sink to the water beds and become a part of the organic composition of the seabed.
Nekton can be affected by abiotic factors such as temperature, pH, and salinity but because organisms in the nekton group are good swimmers, they are usually able to migrate to more favorable environments if they detect negative changes in their habitat.