Introduction — all about waste

Waste has been a major environmental issue everywhere since the industrial revolution. Besides the waste we create at home, school, and other public places, there are also those from hospitals, industries, farms, and other sources. Humans rely so much on material things, and they all (almost) end up as waste. And — where does the waste end up?

What is the difference between trash and garbage?

Trash: Solid waste from places like your attic, backyard, or study. Trash items include paper and card boxes and the like.

Garbage: This is waste from the kitchen and bathroom. It also includes waste from cooking food and from food storage facilities.

Waste is items we (individuals, offices, schools, industries, hospitals) don’t need and discard. Sometimes there are things we have that the law requires us to discard because they can be harmful. Waste comes in infinite sizes—some can be as small as an old toothbrush or as large as the body of a school bus. 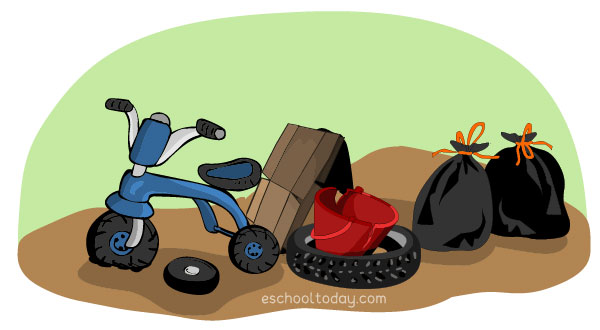 Everyone creates waste, although some people are very environmentally conscious and create lee of it. Likewise, some countries do a very good job of creating less waste and managing the rest. Others are pretty horrible and have created huge environmental problems for the people and animals living there.

On average, each person generated 4.48pounds of waste per day. —EPA, USA.

All over the world, communities handle their waste or trash differently. Some common methods of managing their waste include landfilling, recycling, and composting. Other communities strongly embark on waste reduction and litter prevention/control aimed at reducing the production of waste in the first place. Some communities also engage in waste-to-energy plants and hazardous waste disposal programs.

Now, let us get into a bit more detail.