Who are the poor?

Who are the world’s poorest, in terms of their gender, where they live, what they do for a living, how old they are, and so on?

The world’s absolute poor often live in rural areas, and often earn an income in agriculture. Rural households are more likely to be poorer than urban households.

The trend of people living in poverty:

The number of people living in extreme poverty stood at 736 million in 2015, down from nearly 2 billion in 1990. Report: POVERTY AND SHARED PROSPERITY 2018, World Bank Group

Based on enrollment data, about 72 million children of primary school age in the developing world were not in school in 2005; 57 percent of them were girls. And these are regarded as optimistic numbers —Source: Millennium Development Goals Report 2007
Nearly a billion people entered the 21st century unable to read a book or sign their names. —Source: The State of the World’s Children, 1999, UNICEF 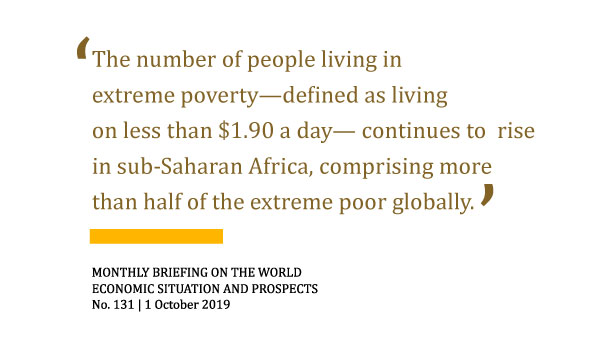 A. Poor or destitute

People in this group tend to be the elderly, especially widows with no assets. They also include the disabled, who are usually not empowered to come into public. They fall into the category of the absolute and chronically Poor. They are also dependents because of some adverse health conditions that do not allow them to help themselves.

Poor households have more members, living together in single rooms or small houses, a greater share of dependents (non-working age), less education, less land, and less access to running water and electricity. Poor households have significantly fewer years of education whether one looks at the household-level average or the years of schooling of household heads.

People in this group move in and out of poverty, usually vulnerable to spells of personal shocks such as illness, family deaths, or job losses. General shocks such as floods, fires, droughts, conflicts, or earthquakes can also cause this kind of poverty. People in this group tend to be in their working life, but largely live in rural areas, working on small subsistence farms. About 60% of Africans who are poor tend to be in this group. They usually lack assets and access to services that can enhance their economic development. Households with many children or dependents also tend to be poor.