How is wastewater harmful?

In certain parts of the world, especially in developing countries, wastewater is pumped directly into the sea or freshwater bodies without any form of treatment. In other parts of developed countries, lack of adequate wastewater treatment infrastructure, maintenance, and outdated systems heavily compromise wastewater treatment efforts. The effects of this kind of wastewater disposal, either treated or partly treated, can be classified as the following:

Freshwater bodies and marine waters into which wastewater is discharged may be polluted and rendered unsafe for human use. Depending on what is discharged aquatic life may be harmed, too.

There is water scarcity in many places in the world. Wastewater discharged on lands can leach into underground water tables and potentially contaminate aquifers and underground water. If discharged in freshwater bodies, it may render water sources unsuitable for use. 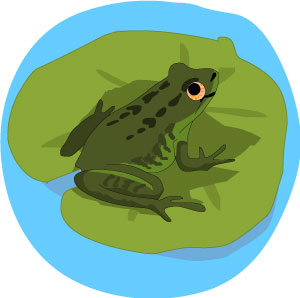 All ecosystems are connected, and they all ultimately depend on water. Similarly, all water (surface and underground) is connected. This means careless wastewater discharge can have some serious ripple effect. One common effect of wastewater is the eutrophication of freshwater bodies and oceans. If one part of the ecosystem chain is destroyed, it can upset its entire food chain.

Wastewater for irrigation may contain unsuitable chemicals and higher concentrations of nutrients needed for crops. This can result in delayed and under yielding. Wastewater used for animal farming may also contain harmful things and chemicals dissolved in them. Animals may die, and there is a chance that humans that eat such animals may be harmed too. In some places, fecal sewage is discharged directly into the sea. The discharge contains pathogens and harmful dissolved chemicals which can affect fishing in that area. The smell and such behavior does not encourage tourism to that area.

Health of urban and rural populations:

Wastewater is a significant health issue, as it carries and transports a myriad of diseases and illnesses. It is believed that about 2.2 million people die each year (globally) from diarrhoeal disease. (WHO) At least 1.8 million children under five years die every year due to water-related disease, or one every 20 seconds (WHO, 2008).