What is natural gas? 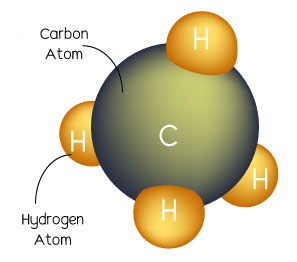 Natural Gas is colorless, shapeless, and odorless in its pure form. Unlike other fossil fuels, natural gas is clean burning and emits lower levels of potentially harmful byproducts into the air. It is therefore called Clean Gas.

While natural gas is formed primarily of methane, it can also include ethane, propane, butane, and pentane. It is one of the gases that are formed by the same formation of fossil fuels.

The main ingredient in natural gas is methane, a gas (or compound) composed of one carbon atom and four hydrogen atoms.

Natural gas supplies about 23.8 percent of the world’s energy. Gas is extracted by drilling wells deep into the ground, through many layers of rock to reach the gas deposits.

In recent times, shale gas has become very popular in the USA and is mainly drilled by a process known as Hydraulic Fracturing (fracking). It is popular because its carbon emission is about half that of coal, and is seen as environmentally friendlier. The USA is known to be the world’s largest producer of shale gas.

Similar to other energy types, natural gas is burned to produce pressurized gas that spins the blades of turbines. The spinning causes some metal coils and magnets in a generator to produce an electrical current. The power is connected to a transformer and further supplied to homes.