‘Indoor air’ is the air within a building such as your home, classroom, office, shopping center, hospital, or gym. We say ‘Indoor Air Pollution’ if the indoor air is contaminated by smoke, chemicals, smells, or particles.

Unlike outdoor air pollution, the effect of indoor air pollution is health-related and less of an environmental issue. In colder regions, building and heating methods make use of airtight spaces, less ventilation, and energy-efficient heating. Sometimes, synthetic building materials, smells from household care products, and furnishing chemicals can all be trapped indoors. As less fresh air gets indoors, the concentration of pollutants such as pollen, tobacco smoke, mold, pesticides, radon, asbestos, and carbon monoxide trapped inside the building increases, and people breathe that in. 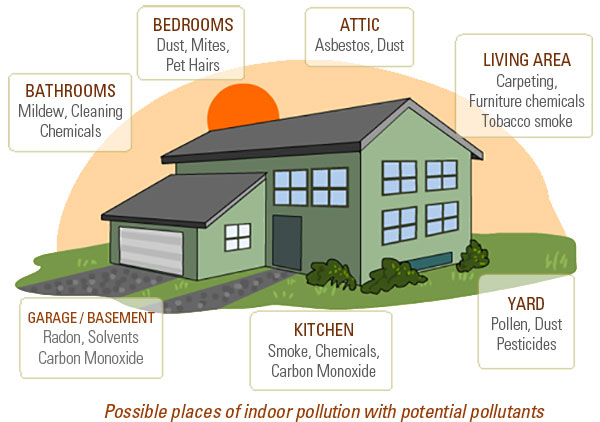