The atmosphere is a mixture of gases: Nitrogen (78%) and Oxygen (21%), make up the most. There is also Argon, Carbon Dioxide and Aerosols (particles such as dust, pollen, ash, smoke). These gases are super important to life on earth because plants and animals depend on them to live.

Layers of the atmosphere

Consider the illustration below: 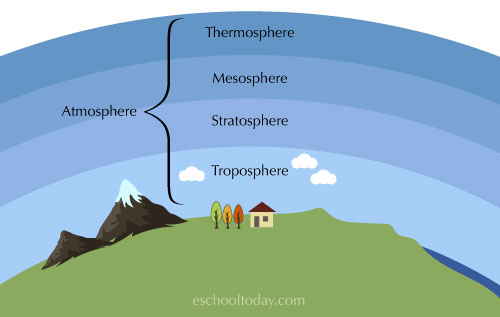