It is the movement of a person or a group of people to settle in another place, often across a political or administrative boundary. Migration can be temporal or permanent, and it may be voluntary or forced. It is good to know that migration is not exclusive to humans. Animals migrate too.

“There are 232million people living outside their country of birth, including myself. All of us are part of a productive global economy that benefits our world as a whole” —Ban Ki-Moon, UN Secretary-General 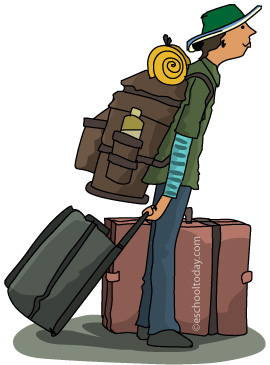 Migration is not a new thing — it is known, historically, that people have always had migratory lifestyles. There is enough evidence that people have moved from far away places to inhabit new areas. For example, Migrants from Asia ended up in North and South America over some time, via a land bridge over the Bering Strait. There have been several bulk movements of people in the history of humans, all of which were caused by some specific events during those times.

In more recent years, such as the Industrial revolution period (1843-1939), over 50 million people left Europe for the USA, Canada, Argentina, Australia, New Zealand, and South Africa. Many of them migrated to escape poverty and periodic crop failures in Europe.

The concept is very similar today. People find it easier to move because of the availability of efficient transport, way-finding technology, improved communications, media, and information, even though new policies, laws, and controls in entry points are much more rigorous than ever before.