All objects have a force that attracts them towards each other. This force is called gravity. Even you, attract other objects to you because of gravity, but you have too little mass for the force to be very strong.

Did you know?
Gravity also holds the planet earth and other planets in their orbits around the sun?

Good examples of very massive objects that possess gravitational force include the moon and other planets. Consider the earth on which humans live. Everything tends to fall on the ground and stays there. If you jump, you came down again. Throw a ball upwards, and it will surely come down. 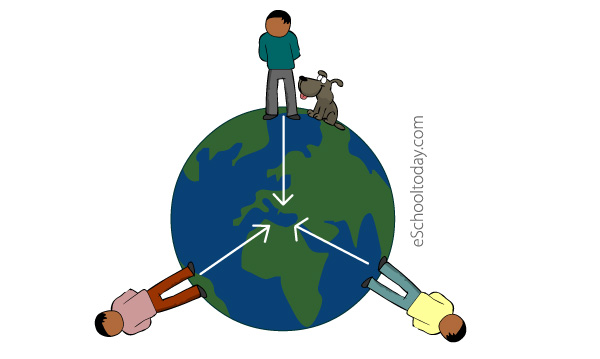 “Down” is towards the center of the earth, wherever you are on the planet.

This is a result of gravitational force, which pulls objects towards the center of the earth.