Let us start the cycle with molten magma in the earth’s core. 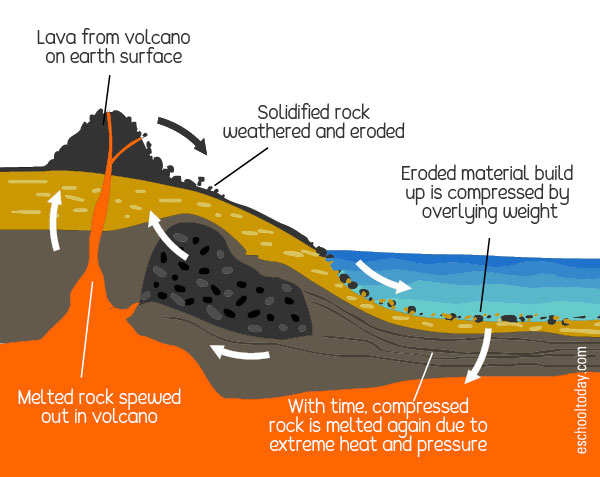 Molten magma may cool off and crystalize beneath the earth’s crust, forming intrusive igneous rocks. With time, pressure may cause uplift and rocks end up on the surface.

Molten magma may also flow to the surface by volcanic action, causing extrusive igneous rocks as they harden and crystalize.

On the surface, they undergo weathering, erosion, and transport. Sediments are therefore carried to low lying places and into rivers and water bodies. The pilling up of sediments causes compaction and cementation. Sedimentary rocks form.

After a long period of pressure and heat from the overlying weight, the igneous and sedimentary rocks buried deep inside the crust change to metamorphic rocks, deep under the earth’s crust.