The Changing State of Matter

Matter cannot be created or destroyed but can change from one state to another with the application or removal of heat (temperature). Each time matter changes states, it is simply the movement of molecules in them speeding up or slowing down.

Let us use water as an example. At room temperature, water is a liquid, and the molecules in it move slowly. When you apply heat (or raise the temperature) the molecules move faster and faster. With more heat, the liquid state will change into gas, because the molecules would be moving so fast and taking up space everywhere. 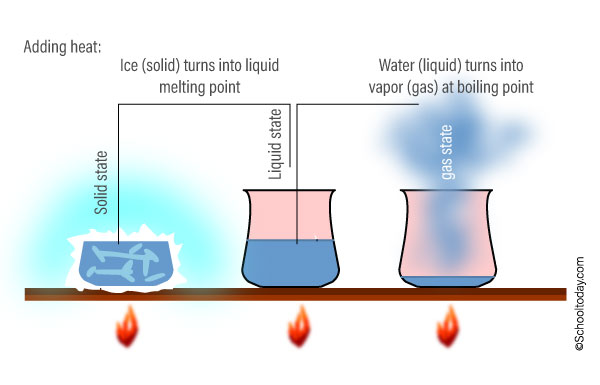 The scientific term for water turning into a gas (vapor) as a result of heat application is evaporation (to evaporate). Water evaporates when it reaches boiling point.

When you reduce the heat and bring down the temperature in the gas, the molecules in the vapor slow down and gradually turn back into a liquid. The scientific term for gas turning into a liquid as a result of heat loss is condensation (to condense). 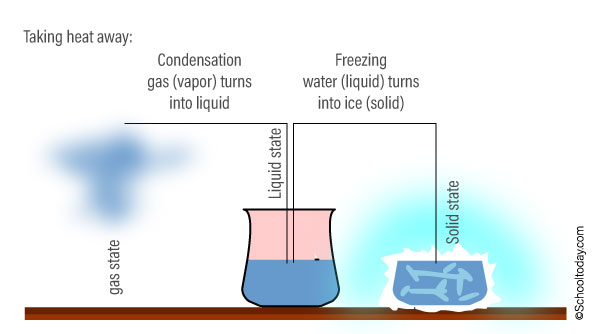 If you take away all the heat (put it in a freezer), the molecules will be extremely slow and move very little. They will hold to each other, turning the water into a solid (ice). The point at which water turns into ice is called the ‘Freezing point’.

Now, take the ice (solid) from the freezer, and place it at room temperature. Soon the ice begins to melt. The point at which solids melt into liquid is known as the melting point.