What is a Canyon Landform?

The striking features of a canyon are cliffs with deep valleys running through them. They are formed where rocks are stratified horizontally and are associated with rocks that do not have uniform resistance to erosion. 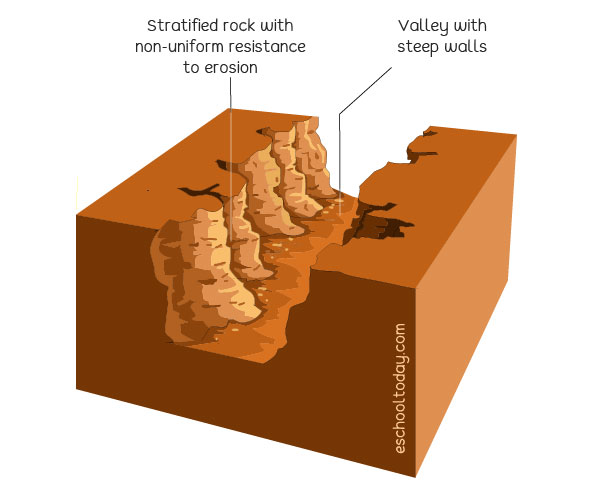 The valley may or may not have water in it. A canyon can be seen both on land (usually called River Canyons) and on the ocean floors (also called submarine canyons). Canyons are also known as gorges and mountain canyons. 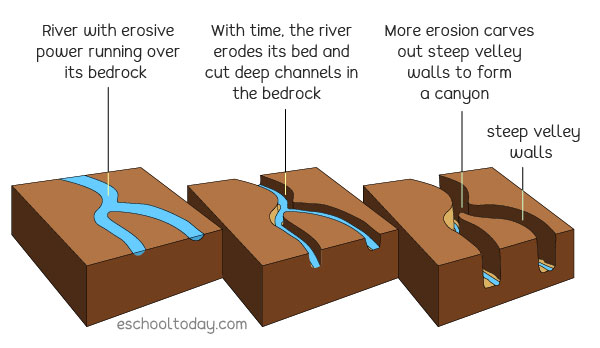 River canyons form when the pressure of a river cuts a deep and narrow channel through its bed. Rivers usually flow from high elevation to low elevation. Thus, the erosive power of a river is more as it runs downhill. With time, it will erode its bed until it is at the same elevation as the bigger water body into which it drains.