What is an isthmus landform?

An isthmus is a trip of land connecting two larger land areas. This strip has separated two water bodies. 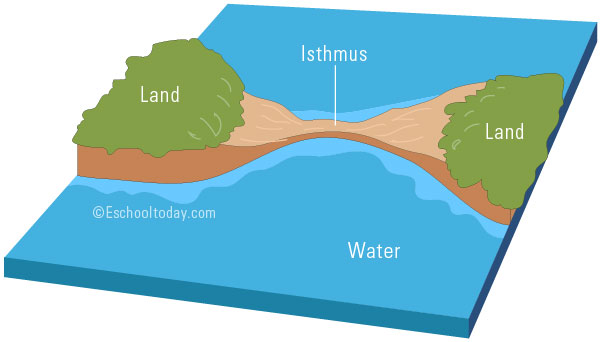 Another type of isthmus is called a Tombolo. 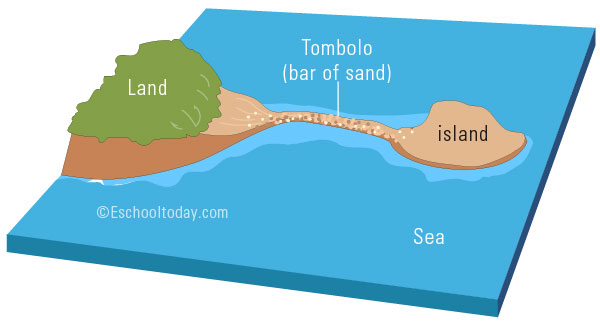 A tombolo is formed when tidal waves deposit sand and sediments, creating a thin strip of land between an island and the mainland. An excellent and famous tombolo would be The rock of Gibraltar, connected to the southwestern tip of Europe’s Iberian Peninsula.

The opposite of an isthmus is a Strait, which is a narrow water body connecting two main water bodies.

A drop in sea level can also expose lands that connect the mainland to a continental island.

Good examples of isthmuses include The Isthmus of Panama, the thin strip of land in Panama connecting North and South America. Another is The Isthmus of Suez connecting Africa and Asia, and lying between the Mediterranean Sea and the Red Sea.